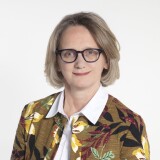 Wendy Philips has been head of Sotheby’s Tax, Heritage and UK Museums in London since 2004. Ms Philips has been involved in many significant transactions including major single-owner sales, private-treaty sales to UK institutions and offers in lieu of Inheritance Tax, as well as representing clients before the government Export Reviewing Committee. In addition to her work for Sotheby’s clients, she also regularly lectures and contributes to journals and legal publications, and is a member of the Heritage Group of Lawyers and the Historic Houses Tax Committee. Ms Philips was also a founding Board Member of Professional Advisers to the International Art Market, established at the beginning of 2011. She was appointed Deputy Chairman of Sotheby’s UK and Ireland in 2017.

Ms. Philips read classics at St Anne’s College, Oxford before qualifying as a solicitor. Prior to joining Sotheby’s, she spent more than ten years as a solicitor in private practice, specialising in the private client trusts and estates field and also spent four years working for HMRC in a legislative-drafting role for the Tax Law Rewrite Project.