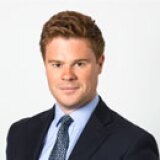 Thomas Podd joined Sotheby’s in 2016 having previously worked in Victorian Art at Bonhams Auctioneers. During his time at Sotheby’s Thomas has developed a deep understanding of the Victorian and British Impressionist market. In 2017 Thomas was promoted to Head of Scottish Art taking a lead role in the annual Scottish Art sale and in 2018 was instrumental in the landmark sale ‘The Colourists: Pictures from the Harrison Collection.’ Thomas has also worked on a number of major single-owner collections including ‘Bowie/Collector’ in 2016.