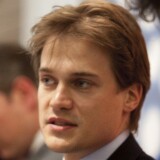 Simon Stock is Senior Specialist, Impressionist & Modern Art, Europe and Asia, based at Sotheby's in London. He joined the firm in 1999 as a junior specialist in the European Sculpture & Works of Art department, moving to the Private Client Group in 2006 and actively developing Sotheby’s outreach for client participation in global sales and initiatives. He joined the Impressionist & Modern Art department as part of the Evening Sales team in 2008 where he plays a key role in sourcing and selling paintings and sculptures both at auction and privately in London and New York, where he was based for two years from 2016.

Simon has played an important role in expanding the international profile for monumental sculpture, an area he specializes in, as curator of the highly successful annual selling exhibition Beyond Limits, held at Chatsworth House in Derbyshire between 2008 and 2017. Notable shows included The Landscape of British Sculpture in 2015 (with Tim Marlow) and American Sculpture in 2017, with buyers coming from across the globe. Having departed for a two-year stint as Director at Gagosian for secondary market sales, and co-creating the award-winning booth on Man Ray at Frieze Masters in 2018, Simon rejoined Sotheby’s in Summer 2020 with a brief to expand the profile of western art in Asia, where he travels regularly. Simon holds a Master of Arts degree in History of Art from University College London and is a regular lecturer at the Sotheby’s Institute of Art.