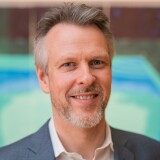 Over his 25-year tenure at Sotheby’s, Simon Shaw has developed a unique perspective on the art market. His experience spans Paris, London, New York, Greece, Scandinavia, Japan and South America. As Head of Impressionist & Modern Art he set new benchmarks for artists including Monet, Magritte, Giacometti, Miró and Kandinsky. His 2018 sale of Modigliani’s Nu couché for $157.2 million represents the highest auction price ever achieved at Sotheby’s.

Mr. Shaw has presented some of the finest Modern collections at auction, such as those of George Embiricos, Teddy Forstmann, Alfred Taubman, Irvin Levy, Jerome Stone, Elisabeth Lewyt and Louis & Evelyn Franck. He has extensive experience with museums, including major deaccessions by the Museum of Modern Art, New York; the Metropolitan Museum; the Museum of Fine Arts, Boston; the Cleveland Museum of Art; the Brooklyn Museum and Magasin III in Stockholm.

Since 1999 Mr. Shaw has pioneered sales of Nordic art, bringing artists such as Akseli Gallen-Kallela, Helene Schjerfbeck, Vilhelm Hammershoi and Harald Sohlberg to a global audience. He is the leading expert on Edvard Munch, developing his market over a series of landmark sales. Nine of the top ten auction sales for Munch were staged by Mr. Shaw, including the 2012 sale of The Scream for $119.9m which set a new World Record for any work of art sold at auction. Dada and Surrealism are further interests, with record prices achieved for key artists including Dali, Magritte, Ernst, Man Ray, Picabia, Carrington and De Chirico.

Mr. Shaw began his Sotheby’s career in 1996 in the 19th Century Pictures department in Paris. Rising to leadership roles in Europe, he instituted auctions of Nordic and Greek Art in London before becoming Head of Impressionist & Modern Art in London in 2006. When, two years later, he was appointed in New York Mr. Shaw became the only Specialist to have run this Department on both sides of the Atlantic. He subsequently served as Global Co-Head of Impressionist & Modern Art from 2015 to 2019.