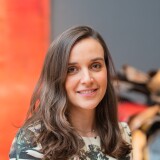 Saara Pritchard is a Senior Specialist in the Contemporary Art department at Sotheby’s. Prior to joining Sotheby’s, Ms. Pritchard spent seven years as a specialist at Christie’s auction house. She began her career as a researcher for single-owner sales including the collections of Michael Crichton, Max Palevsky and Robert Shapazian. Subsequently, she was the cataloguer for Contemporary Art Evening Sales for four seasons. Ms. Pritchard was responsible for the highest mid-season sale total to date as head of two very successful First Open sales. She then spent four years as head of Day Sales and was head of Evening Sales before joining Sotheby’s in early 2017. Since joining Sotheby’s, Ms. Pritchard has continued her focus on major collections and was instrumental in securing over $300m in sales from New Wave New Beat: Property from a Private New York Collector; The David Teiger Collection; The Gerald Lennard Foundation Collection; and The Collection of Richard and Jane Lang Davis. With a special interest in Abstract Expressionism, Ms. Pritchard was also a lead specialist in the consignment of Mark Rothko’s Untitled, 1960 from the collection of SFMOMA, which sold in May 2019 for over $50m and was instrumental in helping to bring a world record price for Lee Krasner’s The Eye is the First Circle. Ms. Pritchard is also a strong advocate for female artists, having recently helped raise over $4m for women’s education in the By Women for Tomorrow’s Women charity auction co-chaired by Oprah Winfrey and Agnes Gund. Ms. Pritchard earned her Bachelor of Arts degree with a double major in Art History and Psychology from Georgetown University in Washington, D.C., and followed that with a Master of Arts degree in History of Art and Connoisseurship in Modern and Contemporary Art from Christie’s Education in London.