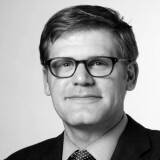 Richard Austin has over two decades of experience in appraising, cataloging and selling books and manuscripts from the 15th to the 20th centuries. Beginning his career cataloging Wing and STC books at the Ransom Center at the University of Texas at Austin where he worked closely with The Pforzheimer Library. He then moved from the rare book trade to serve as a Vice President and Department Head at Christie’s New York. He has wide experience with record-setting single owner sales including the De Orbe Novo Collection of European Americana and The Richard Harris Collection of Color Plate Books.

Mr. Austin has handled such significant property as the rediscovery and sale of the world record Lafayette-Washington-Jackson pistols, a Neil Armstrong Lunar Mission spacesuit and the discovery and record sale of a previously unknown Edgar Allan Poe poem. While Department Head at Sotheby’s, he has set many world records in Modern Literature—in addition, he holds the record for a Pop Music manuscript at auction (Bob Dylan’s Like a Rolling Stone for $1.7 million hammer) and was responsible for the sale of the contract founding  Apple Computers, which achieved $1.3 million hammer. Mr. Austin has been a frequent contributor to the popular PBS program Antiques Roadshow and has provided commentary on the rare books market and significant sales for numerous print and broadcast media including The New York Times, the Wall Street Journal, CNN, ABC, Bloomberg and The Guardian.