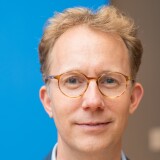 Following a career which included two years with gallery owner Barbara Gladstone in New York, Martin Klosterfelde founded his own gallery in Berlin in 1996: KLOSTERFELDE.

Martin Klosterfelde is distinguished as a founding member of Frieze Art Fair in London, as a member of the selection committee of Art Basel Miami Beach, and as co-founder of Gallery Weekend Berlin and art berlin contemporary (abc). In the summer of 2013, after 18 years and 104 exhibitions, Mr Klosterfelde closed his gallery and became Director and International Art Specialist at Phillips, based in Berlin. In 2016, he trained as an auctioneer. In September 2016 Martin joined Sotheby’s as Senior Director and Senior Specialist, bringing the Contemporary Art team in London the benefit of his extensive knowledge and experience in the acquisition of works of contemporary art.