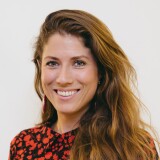 Marlous Mostrous-Jens joined the Amsterdam team in November 2018 after two years working as Senior Client Developer in the Sotheby's European Chairmen’s Office and after a career in the international art world for the last 10 years. Marlous is an active member of the Amsterdam team and her main responsibility is business development within The Netherlands and Benelux region working across all categories and driving a dynamic client relationship management approach alongside our colleagues in London, Amsterdam, Paris and New York.

Before joining Sotheby’s in 2016, Marlous started her career in London at The Fine Art Fund Group in 2010 whilst completing her Master’s in Art Business at Sotheby's Institute of Art before starting in the Contemporary Art department at Christie’s London where she was the Client Strategy Manager for Contemporary Art responsible for Europe. This is also where her auctioneering career began, in 2014 she was selected as one of the next generation auctioneers following a highly competitive selection process and, at 25, became the youngest auctioneer the auction house had ever had. At Sotheby's Marlous continued to conduct auctions across a wide range of categories, including Jewellery, Watches, Russian Paintings and Contemporary Art. In addition to this, she has led charitable auctions supporting the Winnicott Foundation, The Israel Museum, The British Heart Foundation and most recently an auction supporting the funding of the Barbican, amongst others.

Marlous holds a Master of Arts degree in Art Business from Sotheby's Institute of Art in London and a Bachelor degree in Business Economics from the New Business School Amsterdam in partnership with University of Westminster in London.