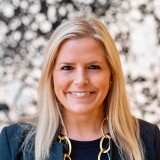 Prior to joining Sotheby’s, Mari-Claudia was a Partner at Herrick Feinstein LLP, which has one of the world’s most prominent art and cultural property law practices. Throughout her career, she has been a trusted advisor, counselor and advocate for renowned collectors and estates, prominent museums, galleries, and auction houses and has been involved in countless major acquisitions, consignments and litigations. Notably, in 2006, Mari-Claudia represented The Neue Galerie in its acquisition of Gustav Klimt’s Adele Block-Bauer I, at the time, the most expensive painting ever sold and one of the artist’s greatest achievements. Working on behalf of the heirs of Kazimir Malevich, she successfully represented the heirs on the restitution and subsequent sales of five paintings by the artist worth in excess of $200 Million, which included Suprematist Composition, which set an auction record for Malevich when it sold at Sotheby’s New York in 2008 for $60 million. In 2010, Mari-Claudia acted for the Estate of Mrs. Sidney F. Brody, playing an integral role in the successful sale of her collection at Christie’s New York for $225 Million. The estate included hundreds of items across multiple categories and was led by Pablo Picasso’s Nude, Green Leaves and Bust, a then-record price for any work of art at auction.

Mari-Claudia has also played an important role in domestic and international art claims; with particularly noteworthy success in cases relating to the restitution of Nazi looted art in Europe, and is the foremost legal expert on art misappropriated in Cuba, a subject she maintains a strong connection to through her Cuban-Spanish heritage.

A thought leader at the intersection of art and law, Mari-Claudia is a frequent speaker on a variety of issues affecting the art and auction market and has been featured in numerous international publications such as CNN, the New York Times, The Guardian, Forbes, and The Financial Times, amongst others, and in 2019 was featured in People Magazine in Español as one of the “25 Most Powerful Women of 2019” (25 Mujeres Más Poderosas del 2019).

Mari-Claudia received her JD from Fordham University Law School and an MA from Fordham University Graduate School of Arts and Sciences. Prior to attending law and graduate school, Mari-Claudia studied Art History at Williams College, and continues to support her alma mater as a board member of the Williams College Museum of Art Visiting Committee.