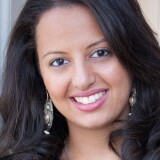 Mai Eldib, Sotheby’s Consultant, Cairo, joined Sotheby’s in 2008. Originally based in New York, Ms Eldib worked in both Jewellery and 19th Century Paintings, where she focused on Orientalist art.

In September 2010 Ms Eldib relocated to Cairo where she works as a consultant for Sotheby’s, travelling extensively within the MENA region. Closely collaborating with Sotheby’s London office on all development and promotional initiatives in the Middle East, she is also involved with targeted sales including Contemporary Art: Arab & Iranian, Hurouf: The Art of the Word, and The Orientalist Sale.