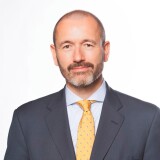 Lucian Simmons, Vice Chairman and Worldwide Head of Sotheby’s Restitution Department and Senior Specialist, Impressionist and Modern Art Department, Sotheby’s New York, joined Sotheby’s in 1995. Lucian works extensively with art collectors and their advisors throughout North America and Europe and has been involved in the sale of some of the most significant artworks to come to auction in recent years including Onement VI by Barnett Newman (sold for $43.8m in May 2013) and Bildnis Gertha Felsöványi by Gustav Klimt (sold for £24.8m in June 2015). He has worked on restitution and provenance issues since 1997 and has been involved in the resolution of claims to art works worth in excess of $850 million.

Mr. Simmons has spoken widely on art market issues and in particular on the displacement of art during WWII. Mr. Simmons has been interviewed on the subject on television and radio and has appeared in a number of film documentaries. He gives regular seminars at universities and law schools across North America and has given evidence to the Select Committee on Culture, Media and Sport of the House of Commons, London, to the European Parliament, Brussels, and to the Prague Conference on Holocaust Era Assets.

More Videos Featuring Lucian Simmons:
How Do We Value Art
Recovered Art Has Way of Telling its Story as "Monuments Men" Opens