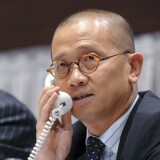 Kevin Ching joined Sotheby’s in 2006 as Chief Executive Officer of Sotheby’s Asia, responsible for developing the strategic expansion of the company in the region, particularly into mainland China.

He was previously a board executive director and group legal counsel of the public company Dickson Concepts (International) Limited in charge of its legal and general business affairs in the international world of luxury fashion, watches and jewellery.  Kevin had special responsibilities for business development and operations of luxury retail in China, and was instrumental in the opening and development of Seibu department stores in China and Harvey Nichols in Hong Kong.

Prior to joining Dickson Concepts (International) Limited, Kevin was a partner in Johnson Stokes & Master, one of the largest law firms in Hong Kong.  He was also its Chief Representative in Beijing.  Kevin specialised in the areas of banking, international shipping, commercial law, investments in China, as well as sino-foreign joint ventures and arbitration.

Kevin was educated both in Hong Kong and England, and holds a masters degree in law from London University.  He studied English law, Soviet law, Air and Space law as well as Customary and Modern Chinese law.  Apart from Hong Kong, Kevin is also qualified to practise law in Singapore, England and Wales, as well as Victoria, Australia.