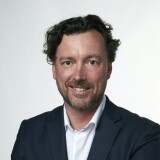 Jonathon Burford, Vice President and Senior Watches Specialist, is based in Sotheby's Los Angeles office and expands the growing presence of Sotheby's on the West Coast of the United States.

Originally from London, England, Burford has a bachelor’s degree in business and economics. He started his professional career in the vintage automotive sector, working at Goodwood, before becoming the Commercial Director of the UK based ‘Supercar Club’. Transitioning to the horological industry in 2010, he worked as Head of Watches for the London based startup Privatus and subsequently worked as an advisor, dealer and appraiser, whilst also writing and presenting on all things watches. In 2015, he relocated to California and joined an international auction house as their West Coast Watch Specialist. He joined Sotheby’s in 2019 and now heads the watches department operations on the West Coast, also covering Mexico and Canada.