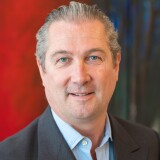 Jamie Ritchie became Head of Sotheby’s global wine business in May 2016. He joined Sotheby’s in London in 1990 and was responsible for launching Sotheby’s wine auctions in New York in 1994 and in Hong Kong in 2009. The worldwide auction business has sales of $65 to $90 million per year. More recently, Mr. Ritchie was responsible for launching Sotheby’s Wine, a retail store and online wine business, becoming the only major global auctioneer offering fine wines at retail. Sotheby’s Wine has two retail businesses, one at their flagship headquarters in New York and a second location in their gallery in Hong Kong.

Mr. Ritchie has sold many world record lots, including:

- 50 cases of Château Mouton Rothschild 1982, which brought US$1.05 million in November 2006 and is the highest value lot of wine ever sold at auction

Mr. Ritchie also played an integral role in the sale of The Princely Collections of Thurn und Taxis (Germany, 1993), which was the world’s largest wine auction totaling 75,000 bottles.

Mr. Ritchie continues to conduct Sotheby’s wine auctions, donate his services to many benefit auctions, and lead tastings around the United States. He is also a respected authority in the wine market and has been regularly featured in the Wall Street Journal, New York Times, Financial Times, Los Angeles Times, Forbes and Wine Spectator Magazine.

Videos featuring Jamie Ritchie
Discover the Legendary Cellar of Jerry Perenchio
Wines from the Cellar of William I. Koch: The Highlights