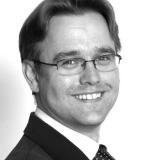 As an auctioneer and senior specialist, James is responsible for Sotheby’s wine business in the Belgium, Luxembourg and the Netherlands.   He was instrumental in bringing many fine private cellars to auction from these countries, including several Single Owner collections.

James was born in Belgium and is fluent in French. He obtained a BA (Hons) Degree in French from the University of Birmingham, and he holds the WSET Diploma in Wines and Spirits.