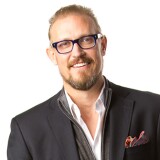 Ian Kelleher began his automotive career immediately following his graduation from Oberlin College with a Bachelor of Arts in Political Science. After starting as a specialist in Christie’s Motor Car department, he joined RM Sotheby’s in 2000 and has since played a key role in the continued development of the company’s auction catalogues, marketing, and corporate image.

Over the years, Ian has been instrumental to the success of the company’s Private and Estate Collection division, managing the auctions of such distinguished collectors as Richard and Linda Kughn, Gene Ponder, John McMullen, Art Astor, Joe MacPherson, Nick Alexander, and Paul and Chris Andrews, among others. In 2013, he oversaw RM Sotheby’s pioneering Art of the Automobile auction, held in association with Sotheby’s in New York City. Celebrating the automobile as a singular achievement at the crossroads of art, technology, and design, this groundbreaking sale set numerous records along with a new benchmark for presentation at collector car auctions. Under Ian’s leadership, the company replicated this success at the 2015 New York sale aptly titled Driven by Disruption, another watershed event, elevating automotive auction presentation to new heights.

In February 2017, Ian was appointed Chief Marketing Officer, overseeing the company’s global creative and content strategy. Prior to this, he worked as the Managing Director of the company’s West Coast division, a role that saw him responsible for the company’s West Coast-based car specialist team, as well as focused on growing the RM and Sotheby’s relationship in one of the most strategic and important geographic locales. The son of an automotive engineer with years of experience in the industry and hobby, Ian has a strong knowledge of everything from Brass Era automobiles to sports racing cars, and he has brought some of the rarest and most desirable motor cars to auction.

One of Ian’s most memorable RM moments was handling the record-breaking “The Originators” Auction of the Brucker Collection of Kustom Kulture Memorabilia and Motor Cars. He has attended numerous tours, including the Pebble Beach Motoring Classic, the California Mille, and the Mozart Tour, to name just a few. His experience in the hobby has also extended to participation in various panel discussions and seminars, as well as acting as the charity auctioneer for the 2016 Luftgekühlt event, which resulted in over $175,000 in charitable donations for just three items.

Videos featuring Ian Kelleher
The Value of Art | Episode 4: Provenance
Alfa Romeo 8C 2900B: The Ultimate Original Gran Turismo
Driven by Disruption in Full Swing
The Race is On
Behind the Wheel of Legendary Sports Cars: The Pinnacle Portfolio