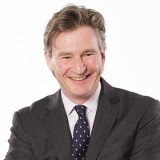 Henry Howard-Sneyd is Chairman of Asian Art, Europe and Americas based between London and New York. He is Sotheby’s lead Auctioneer globally in Asian Art.

In 2000 he assumed the role as Managing Director of Sotheby’s Asia, based in Hong Kong, where he oversaw the early stages of the dramatic growth of the business in that market. In 2007 he moved to New York as Executive Vice President with a focus on ‘New’ markets spearheading the opening of offices in Istanbul and Doha as well as leading the company’s first auctions in the Middle East before taking on the role of Vice Chairman of Asian Art and managing the Asia Division in New York. During his time in New York he managed the sale of the remaining collection of JT Tai and Co as well as founding a new department focused on Classical Chinese paintings and acting for two years as Chairman of Asiaweek New York.

In 2015 he returned to the UK to take up his current role while continuing to travel and lead auctions internationally.

Mr Howard-Sneyd was educated in the United Kingdom at Eton College and Pembroke College, Cambridge University where he earned a joint Master of Arts degree in Biochemistry and History of Art.