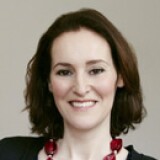 Helena Newman is the Chairman of Sotheby’s Europe and Worldwide Head of Impressionist & Modern Art. As auctioneer she recently took the highest value sale ever held in London which totalled £213.9 million in March 2017.

Since joining Sotheby’s in 1988 Helena Newman has been at the forefront of the development of the Impressionist & Modern Art market, building extensive contacts with a wide range of international collectors and institutions. She has also been instrumental in developing the international market for German & Austrian Art.

Ms Newman plays a key role in the successful outcomes of Sotheby’s Impressionist & Modern Art auctions. The February 2010 sale was the most successful ever held in Europe. She was also a key player in bringing Häuser mit bunter Wäsche (Vorstadt II), the record-breaking Egon Schiele oil, to auction in London where it sold for £24.68 million ($40.1 million) in June 2011 and subsequently Schiele’s Liebespaar (Selbstdarstellung mit Wally) achieved £7.88 million ($12.4 million) in February 2013, a record for a work on paper by the artist, both of which were consigned by Leopold Museum, Vienna.

An accomplished musician from a family of professional performers, Helena brings her love and understanding of music – its rhythm and tonality - to her appreciation of art. Not surprisingly, Kandinsky is one of her favourite artists. Here, alongside her family and two friends, she plays Richard Strauss, Sextet from Capriccio op 85 in response to one of Kandinsky’s finest paintings.