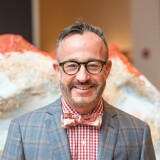 Gary Metzner joined Sotheby’s in 1997. He is a specialist in paintings, prints and sculptures from Old Masters to Contemporary. As an Auctioneer, he has conducted hundreds of charity auctions throughout the Midwest including Cows on Parade and the Banner auctions for the City of Chicago.

Mr Metzner can be seen on Chubb’s Antique Roadshow on PBS, has appeared on the Home and Garden Television network's programmes At the Auction and The Appraisal Fair, and participates in heirloom discovery days across the country.

Mr Metzner is a graduate of Indiana University and earned a graduate degree in Art History from the University of Chicago. He is a recipient of the Plummer Scholarship in Fine Art and sits on the board of the AIDS Foundation of Chicago.