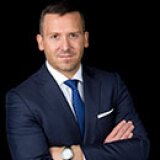 Frédéric Guyot du Repaire joined Sotheby’s in 2005 as a Wine Specialist following five years at another prestigious house where he was in charge of Geneva and Paris wine auctions.  In his current role, he provides valuations and carries out regular visits to clients’ cellars on the Continent.

A native of Bordeaux from an old French family, he has been involved in numerous ex-Château sales both in London and Hong Kong, including The Collection from the Cellars from Château Cheval Blanc in 2009, the record Lafite Ex-Cellars in 2010, The Private Cellar of Madame Lacoste-Loubat, legendary owner of Châteaux Pétrus and Latour à Pomerol in 2013 and the Château Mouton Rothschild, Direct from the Property in 2015.

Mr Guyot du Repaire obtained the WSET Diploma in 2001 and graduated from the Université de Bordeaux with a Master in International Business and Negotiation in 1997 before starting his career working for a celebrated Grand Cru Classé.