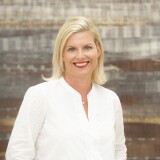 Dr Franka Haiderer joined Sotheby’s in April 2014 as Chairman Valuations Europe, after eleven years at Christie’s, where she was Head of Valuations for Europe, the Middle East, Russia and India. Franka brings an in-depth understanding of the auction business and a wealth of experience in managing important collections – including leading the teams on major valuations such as of the collections of the late David Bowie and of Mary Soames.

Franka worked in a private legal practice, before starting her career in the auction world, first in Vienna and Geneva and then in London.