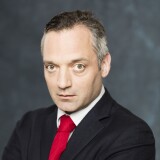 Of French, American and Canadian nationality, Etienne Hellman studied Art History in Canada and then at New York University’s Institute of Fine Arts. He began his career in the United States, before moving to France where he joined Christie’s in 1999. He became international director of Orientalist art, specialist in modern and contemporary Arab and Iranian art, and inaugurated the first sales in France in both these categories.

In 2013 Mr Hellman joined the Impressionist & Modern Art department at Sotheby’s where he contributes to the development of this field.