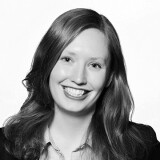 Ella Hall began her career in Amherst, Massachusetts, working for private collectors and fine letterpress printers. Since joining Sotheby’s in 2013, she has been involved in a series of record-setting sales, most notably the sale of the Bay Psalm Book in 2013, which realized $14.2 million; the British Guiana One-Cent Magenta stamp for $9.5 million; and the sale of the Valmadonna Trust Library in 2015—highlighted by the Daniel Bomberg Talmud, which achieved $9.3 million.

In addition to these professional achievements, throughout her tenure at Sotheby’s Ms. Hall has also completed two courses at Rare Book School in Charlottesville, Virginia, and earned a Master’s Degree in Art History at Hunter College.