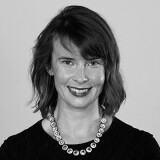 Dr. Sands joined Sotheby’s in 2017 as an Associate Cataloguer in the Books & Manuscripts department.  She completed her D.Phil. (Ph.D.) at the University of Oxford, where her research focused on the intersections of British literature and the history of science and medicine. Since 2012, she has been invited by various organizations—to include the British Society for Literature and Science, the Commission on Science and Literature, the Literary London Society, and the University of Georgia, among others—to present her research.

Beyond her academic work, Dr. Sands was employed by various Oxford-based bookdealers, served as Assistant Curator for the Bodleian Library’s “From Downing Street to the Trenches: First-Hand Accounts from the Great War, 1914-1916” exhibition and companion book project (published under the same name, Bodleian Library, 2014), and was Exhibitor’s Liaison for the inaugural Ink London Fair in 2016. Dr. Sands was elected a member of the Guild of St. George in 2017, and a member of the Grolier Club in 2019.