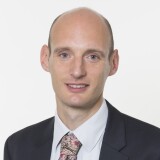 Dr Gabriel Heaton specialises in English literary and historical manuscripts. He has been responsible for many auction highlights including major literary manuscripts by Jane Austen and Samuel Beckett, historical documents by Queen Elizabeth I and Mahatma Gandhi, and more unusual items such as an Elizabethan book of spells and Oliver Cromwell’s coffin plate. He was closely involved in our single owner John Lennon sale of 2014 and is one of the specialists in charge of London’s rock and roll sales. He has overseen the private sale of numerous archives and individual manuscript treasures.

Dr Heaton joined Sotheby's in 2005, having obtained his doctorate from the University of Cambridge and worked as a postdoctoral researcher at the University of Warwick. His book, Writing and Reading Royal Entertainments: from George Gascoigne to Ben Jonson, was published by Oxford University Press in 2010.