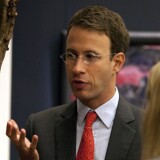 Bernhard Brandstaetter joined Sotheby’s in 2003 as a Junior Specialist in the 19th Century European Paintings department. He moved to the Russian Art department  in 2004 and was a key contributor to the outstanding success of Russian art sales in London. He helped to bring many record-breaking Russian paintings to the market, including Vasily Polenov’s long lost The Egyptian Girl, which sold for £1,000,050 and Zinaida Serebriakova’s Reclining Nude, which sold for £1,000,070 in June 2008, establishing a new world record for a Russian work on paper.

In 2010, he joined the Impressionist & Modern Art department. With a special focus on German and Austrian art, he is responsible for sourcing paintings for sales in London and New York . In February 2013 he was closely involved with the sale of the estate of the Swiss entrepreneur and philanthropist Branco Weiss. The collection presented under the title The Analytical Eye, The Branco Weiss Collection achieved a total of almost £16 million and set new world auction records for František Kupka with Étude sur fond rouge (£1.9 million) and for a Wassily Kandinsky work on paper for Ineinander (£1.6million).