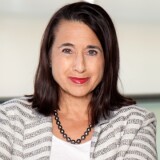 Daryn Schnipper joined Sotheby's in 1980. In her current role as Chairman of the International Watch Division, she builds on her extensive client relationships worldwide to promote Sotheby's International watch business. She travels regularly to Asia, Europe and throughout the United States, participating in Sotheby's Important Watches and single-owner collection sales.

Early in her career, Ms Schnipper became a pioneer of wristwatches as a new collecting category and of dedicated wristwatch auctions. Under her leadership, watch sales expanded in Geneva, and in 1997, she opened Sotheby’s first Asian Watch department in Hong Kong.

Ms Schnipper has played a pivotal role in the sale of numerous important single-owner watch and clock collections. These include the Masterpieces from the Time Museum, a single-owner horological collection that sold for a world-record, $58,593,845.  This sale included the legendary Patek Philippe Henry Graves Supercomplication, which hammered for $11 million, a world-record for any timepiece at auction, against a pre-sale estimate of $3 to 5 million.

Her other notable sales include watches from the estate of Andy Warhol (1987); the Justice Shepro Collection of Clocks (2001); and the Collection of Esmond Bradley Martin (2002).

Ms Schnipper was made a Freeman of the Worshipful Company of Clockmakers in 2013, the oldest horological guild in the world. She is a member of the National Association of Watch and Clock Collectors, the International Watch and Jewelry Guild and the American Chapter of Antiquarian Horological Society.

Ms Schnipper received her Bachelors of Science degree in Journalism and a minior in Art History from Boston University.