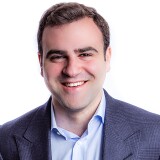 Brahm Wachter joined the Sotheby’s Luxury Accessories & Collectables Department in New York in 2019, and transferred to the Los Angeles office in December of 2020. Since joining the company he has developed landmark sales such as Fabrizio Moretti x Fabrizio Moretti | In Passing, an interactive exhibit designed by Fab Moretti of the indie rock band, The Strokes, curated by famed Old Master Paintings dealer Fabrizio Moretti, as well as The One | MJ’s Air Jordan 1s, a special single lot online only sale of Michael Jordan’s game worn and signed Air Jordan 1s from 1985, which broke the at-the-time world record for the most expensive sneakers selling for $560,000. He additionally brokered Sotheby’s partnership with the International Rescue Committee for Sotheby’s MayDay | Covid-19 Charity Auction.

Mr. Wachter is additionally largely responsible for Sotheby’s expansion into the sneaker and sports memorabilia spaces, as well as various other initiatives that aim to develop new categories and audiences within the company.

Mr. Wachter is a graduate of New York University’s Stern School of Business receiving a Masters of Business Administration with specializations in Strategy and Marketing, and was the winner of the school’s UPS GBA merit-based scholarship for academic achievements. He received his Bachelor of Arts at Brandeis University and majored in Business and History.