Mario Schifano was the most perceptive and acute exponent of that movement of Italian art, which, in the beginning of the ‘60s, answered with its own language to the American Pop Art. The intent was that of starting off by zeroing the image in order to move into a new figuration, thus focusing once more on the actual sense of painting. “I want to paint painting” Schifano said in those days.” Starting with his first monochromes, zeroing the degree of the pictorial gesture, he will shift towards adding enlarged images. Schifano transforms the canvas into a screen where he projects the images that come from his own memory. He isolates them, he frames them, he dilates them, he imprints them on that film which has now become the surface of the painting. “This idea that the canvas is but a support, a sort of place of memory, guides Schifano in all of his future path” (AA.VV. Schifano 1964-1970 Dal paesaggio alla TV)

From the insertion of the first fragments from the metropolitan landscape, Schifano will turn to new pictorial images where the revisiting of history and the representation of nature find life. Especially the latter is introduced in his “paesaggi anemici” from 1963, where memory, through allusive sentences, quick gestures and details becomes the voice of the representation of nature itself. This imagery will then evolve further into the series Alberi, Ossigeno Ossigeno, Oasi, where the artist brings forth his idea of the painting and its function as a screen. “Ossigeno Ossigeno is a sequence of extremely remarkable works where the trees have now thinned, where these slim silhouettes, through a bias set square, a gridded plexiglass over it, a tear, or a collage element, are interrupted. “Oxygen” naturally does not allude to pollution, but, if anything, to a problem, in Schifano, human and cultural, of the theme of escape. Escape from this solitude of the tree as an individual without roots, the escape from a way of building one’s present through a rigid series of values, Schifano, in these paintings where evidently the dream starts to appear, the moment of the detachment from reality, where the continuum of the perspective space […] tends to fracture, Schifano starts to analytically dissociate the image” (AA.VV. , Mario Schifano, Parma 1974, p. 68). Ossigeno Ossigeno, realized in 1965, presents itself to us as a flat vision, fractured, bidimensional, an image which is deprived of a real naturalistic dimensions, it’s a photographic image , “not in the sense of realism, but in that of the detail” (AA.VV. , Mario Schifano, Parma 1974, p. 68). This bidimensional vision is then inserted into a peculiar device, coloured Perspex with a gridded texture which filters and alters the image as a television screen, which move the viewer away from the pictorial surface but at the same time encourages a prolonged vision. The extremely thin gridded texture, furthermore, makes the surface shift as the viewer moves around. “So, if in a first moment the paintings where a projection of a model was used and the surface became a place for the condensation of images [ now ] this condensation is further mediated, estranged by the type of plastic, from its density and the different colours, which is used to cover the artwork.” (AA.VV, Mario Schifano, Parma 1974, p. XLII) Ossigeno Ossigeno constitutes therefore a work that clearly highlights the trajectory in which Schifano is moving towards in those years, which will lead him to address with more attention the cinematic screen: for these reasons it presents itself as an accomplished manifesto of his cultured art in a key moment.

The present work, which had been part of Luisa Spagnoli’s collection, was chosen, in 2006, for the exhibition at the Fondazione Marconi: Schifano 1964-1970. Dal paesaggio alla TV. It was in fact Giorgio Marconi himself who represented and sustained the artist in those year of great creativity. “Dear Mario, work, turn off your phone, and forget all the troubles of this world. A kind greeting.” So wrote the gallerist to Mario Schifano on September 29th, 1965, on the eve of the inaugural show of his first exhibition space. This was the beginning of a collaboration that would last until 1970 and will see Schifano engaged in his most famous achievements and exhibitions. 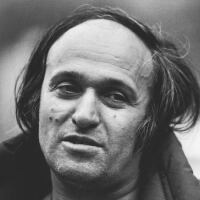 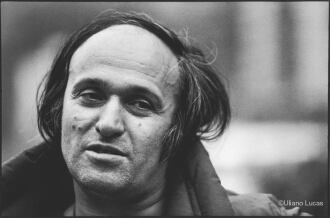