Up Close with Lilly Brody

Amongst the foremost figurative painters of the Twentieth Century, Alice Neel spent more than half a century painting expressionistic portraits of singular emotional acuity, casting herself as a chronicler of Twentieth Century America. However, despite her extraordinary technical abilities and virtuosic eye, it was not until the 1960s and 1970s that she gained the prominence her talent merited. This increased exposure brought her into contact with the avant garde of the New York art scene, including Andy Warhol and the 10th Street Galleries. It would have been through the latter that Neel met Lilly Brody, who had been part of Hansa Gallery’s stable in the 1950s and whose work is currently housed in such collections as the Whitney Museum of American Art and the Museum of Modern Art in New York, among notable others. Brody had a unique personal aesthetic that swiftly became her calling card. When she appeared on a panel with Neel at the Brooklyn Museum in 1975, she wore the same broad-brimmed hat and glasses that Neel depicts in the present work, executed two years later. An independently wealthy woman, Brody’s contributions helped support a number of New York galleries; most notably, after Robert Scull’s support ended, Brody paid the rent for Richard Bellamy’s Green Gallery. A pivotal institution, Green Gallery staged a series of historic exhibitions form the 1960s onward, giving very early solo shows to artists such as Donald Judd, Claes Oldenburg, Tom Wesselmann and James Rosenquist, as well as showing important early works by Dan Flavin and Yayoi Kusama.

In Lilly Brody, as with all her greatest works, Neel captures many of the individual idiosyncrasies that define her subject. Perched on the edge of her chair, Brody’s feet are firmly planted, but she appears to have been captured mid-inhale, a necessary pause for a loquacious person, with her fingers splayed, as if continuing to gesticulate even after her words have ceased. It is not a naturalistic image, nor an idealized one; rather, it is a deeply individual portrayal, achieved through a conscious attempt to inhabit the body and mind of her subject for the duration of the sitting. Speaking about this process, Neel said: “I become the person for a couple of hours, so when they leave and I am finished, I feel disoriented. I have no self. I don’t belong anywhere… It’s terrible this feeling but it just comes because of this powerful identification I make with the person.” (Alice Neel cited in: Jeremy Lewison, “Showing the Barbarity of Life,” in: Alice Neel Painted Truths, Houston 2010, p. 52). Evincing Neel’s signature mix of deft brushwork interspersed with looser, painterly lines and fields of vibrant hues, Neel describes Lilly Brody with vivid, expressionistic hues and confident brushstrokes reminiscent of the French Fauvist master Henri Matisse. Neel’s handling of figuration, flattening of space, and exuberant embrace of color is deeply indebted to Matisse’s own portraits; the present portrait bears a particular affiliation to Matisse’s Girl in Yellow and Blue with Guitar from 1939. 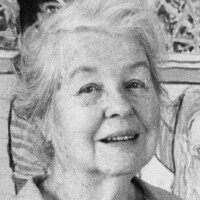 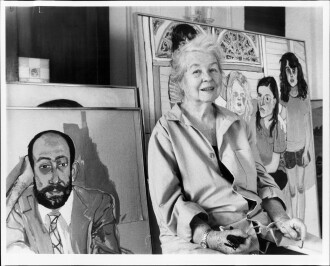