“This summer [in Virginia] was the real release of Gorky. He was able to discover himself, and what he has done is to create a world of his own but a world equal to nature, with the infinite complexities of nature yet sweet, secretive and playful as nature is. They are not easily understood but then neither is nature, and to those free enough to follow him they are very wonderful.”

Executed between 1943-1944, Arshile Gorky’s Untitled (Virginia Landscape) hails from the most transformative period in his career. The swirling biomorphic combinations of lines and colors testify to the artist’s newly-found personal idiom, moving beyond the Cubists and Surrealists to fuse European modernism and New American painting. Some of Gorky’s greatest and most celebrated works, such as Virginia Landscape, 1943 and Water of the Flowery Mill, 1944, both in the collection of the Metropolitan Museum of Art, Summer 1944 in the collection of the Solomon R. Guggenheim Museum, and The Liver is the Cock’s Comb, 1944, of the Albright-Knox Art Gallery in Buffalo, were executed during this storied period. Gorky’s new style would catapult him to the top of the New York art world in the 1940s and deeply influence Willem de Kooning and other members of the New York School.

The significance of the Virginia drawings was immediately recognized and the best examples, such as the present work, have been widely exhibited: Untitled (Virginia Landscape) was notably featured in the extraordinary exhibition Arshile Gorky Drawings, organized by the Museum of Modern Art and travelling to four continents over the course of the 1960s, and has been included in all major Gorky retrospectives, including the Solomon R. Guggenheim Museum’s pivotal 1981 show, the Whitney Museum of Art’s 2003 drawings retrospective and, most recently, the 2009 exhibition Arshile Gorky: A Retrospective, organized by the Philadelphia Museum of Art and travelling to the Tate Modern, London and Museum of Contemporary Art, Los Angeles. Describing Gorky’s work during this time, Surrealist leader André Breton exclaimed: “Here is an art entirely new, a leap beyond the ordinary and the known to indicate, with an impeccable arrow of light, a real feeling of liberty.” (André Breton quoted in: Hayden Herrera, Arshile Gorky: His Life and Work, New York 2003, p. 478) Acquired in 1976, Untitled (Virginia Landscape) has been held in the Clyman Collection for over four decades; today, it stands as a poignant and paradigmatic example of the artist’s extraordinary contribution to Twentieth Century abstraction.

Gorky moved to America in 1920, in part in an attempt to escape a past marked by the horrors of the Armenian Genocide and his mother’s subsequent death by starvation. Despite this move, the artist remained a dedicated disciple to the titans of European Modernism, such as Paul Cézanne, Pablo Picasso, Wassily Kandinsky, and Joan Miró, learning the language of their artistry and assimilating them. His own style emerged in 1942, when he began to incorporate his studies of nature into abstract, automatist compositions. A 1943 trip to his wife’s family farm in Virginia, Crooked Run Farm, was revolutionary: Gorky had not been surrounded by fields and forests since his childhood, and found nature the mysteries of soul, body, and mind, inspiring him to draw them all as he experienced them. As his wife, Mougouch Gorky, explained: “Gorky worked in the landscape. He thought the landscape was a part of the drawing. The landscape was in the drawing, as opposed to looking at it and then drawing it.” (Mougouch Gorky quoted in: Hayden Herrera, Arshile Gorky: His Life and Work, New York 2003, p. 421)

At first light, Gorky would depart for the fields armed with pencils, crayons, and paper; drawing until dusk, oblivious to calls from his family or the farm animals moving curiously around him, he found himself mesmerized by and wholly connected to the surrounding landscape. True to life, the spaces in Untitled (Virginia Landscape) are not static: they are active, aggressive, and the lines run through them like voices in a chorus, complete with solos, harmonies, and dissonance. A light, improvised sketch drawn in pencil can be seen throughout, with some parts retraced in crayon and some left faint and bare, peeking out from behind vines of tangled lines and colored forms. The colors—fiery orange and bright ochre surrounded by almost iridescent flashes of fuchsia and turquoise—are not limited by the lines, but rather support and expand them, the energetic lines and colors evoking Kandinsky’s groundbreaking work in the decades prior. Biomorphic forms float in and out of sight and the viewer can pick out flora and fauna as though searching for shapes in clouds. “He felt the earth as a swell, a bosom, an expansion like a sigh,” his wife recalled, “Nature was part of him. There were things that he did as he drew from nature—there were shapes that were transformations or incantations or representations of images he had inside him already. He saw fantastic animals and menacing heads in the shapes of trees. And he saw it all in terms that were activated” (Ibid., p. 422). A superb exemplar from the pivotal apex of the artist’s career, Untitled (Virginia Landscape) demonstrates the mastery of color and line that would provide the bridge between European Modernism and American Abstract Expressionism, fundamentally changing the course of art history and cementing Gorky’s place in the canon. 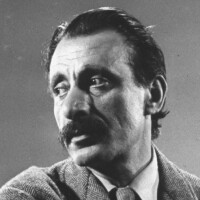 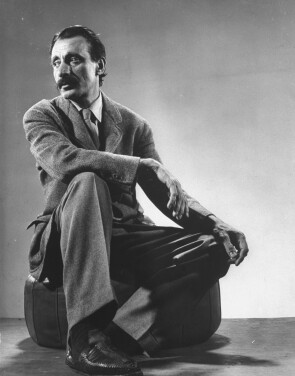