“In my ideal world, the home of everyone who loves art would come equipped with a painting by Giorgio Morandi, as a gymnasium for daily exercise of the eye, mind and soul.”

Morandi repeatedly painted many of the same objects over the course of several decades and the groupings begin to take on the feel of family gatherings to those acquainted with his work. Tracing these familiar individuals in his paintings over the years allows us to appreciate the quiet, if tense, poetry created by their shifting relationships and the variety of approaches.

“Painters I think of all kinds, of all persuasions, of all styles find a way of embracing his work because it’s so rich in allusions and references.”

A reticent man, Morandi rarely left Bologna where he lived with his mother and sisters, rearranging the bottles, bowls, cans, vases and boxes in his studio, careful not to disturb the dust which provided the texture of his still lifes. He famously never even went to Paris. “Giorgio Morandi's was a very still life indeed,” as one critic quipped of the artist’s near-mythical desire for seclusion and contemplation (Richard Boston, “The Painter Vanishes,” in The Guardian, London, May 16, 2001, n.p.).

His astonishing biography finds its best expression in the following lines by Kafka, commented by Mario Chemello, director of the biopic Giorgio Morandi’s Dust: “There is no need for you to come out of the house. Stay at your desk and listen. Do not even listen, just wait. Do not wait either, just stay there, alone, in silence. The world will come to you to be unmasked, it cannot help it, it will wallow rapturous at your feet" (quoted in "Quotes about Morandi," in Giorgio Morandi's Dust, Bologna, 2011, n.p.).

An artist for our times perhaps, and yet Kafka’s words are so apt precisely because the stillness and apparent simplicity of these restrained still lifes, few of which are more than 20 inches high, have proven disproportionately influential for leading artists of every subsequent era.

“There are such good lessons to learn from looking at Morandi's work… One of them, I think, is the wonder of intimacy and the love of long looking.”

Like Morandi, Thiebaud always refused to be ascribed to any one artistic movement, though he is most commonly associated with Pop Art. The palettes of these two artists could hardly be more different, but in formal terms the links are plain: the tendency toward alignment of everyday objects, their aesthetic isolation, the apparent repetition of composition and a sensitivity to the variable qualities of shadow. “As an American painter, my work I think looks almost comical in some ways next to his in terms of a kind of brashness, a kind of obviousness, a sort of slight melodrama… but at the same time, I took from him very persuasive influences, such as the way in which he develops pressures” (Wayne Thiebaud quoted in Thiebaud via Morandi (film), directed by Germano Maccioni, Bologna, 2011, https://vimeo.com/20806297).

The present lot is a perfect example of a mysterious quality that is often noted in Morandi’s compositions—that there is never quite enough room for the objects to exist together in that space. But as Thiebaud comments, it “gives this marvelous tension, like a vice has pushed them together, and as quiet as his paintings are, they’re full of these tensions and pressures and feelings of balance and imbalance and interaction between the relationships of planes and so on” (quoted in ibid.).

The Italian painter’s influence extended beyond the fine arts, the most famous example being that of Frank Gehry whose Winton Guest House, constructed in the early 1980s, reads like a Morandi still life brought to life in brick, metal and plywood in Minnesota.

“When I discovered the pictures of Giorgio Morandi, I just went nuts because Morandi was drawing bottles which were essentially one-room buildings and creating villages of bottles. I liked that.”

Scully’s superb essay Giorgio Morandi: Resistance and Persistence explains how Morandi’s work “seemed to upset and disturb everything else that was going on,” as though participating in the Modernist dialogue and yet stubbornly following a separate attitude toward abstraction at the same time (ibid., n.p.).

“I was talking to a friend once on the phone about a painting I had just finished. The painting is called ‘Wall of Light Sky.’ She was asking me to describe it. After a few minutes I said, ‘look, I can describe it to you, by describing something that can’t really exist.’ I told her, since it was made of many greys that were mixed in with pink and red and blue, that it was maybe like a Morandi on a giant scale that was drawn on a broken grid. So I was talking of the way a simple subject could be given a compressed complex history, by being overpainted in uncertain colors. This made everything clear to her even though I had described the impossible: since a giant Morandi is the opposite of what a Morandi is.”

As with Scully, it is the similarity in palette that first prompts parallels between Martin and Morandi. Martin’s earthy beiges, greens, grays and creams bring to mind the velvety quality of the objects in Morandi’s studio. Both artists excelled at drawing out the luminosity of these subtle color combinations, but they also shared an interest in biomorphic forms and geometric abstraction.

The uneven outlines and sense of flattened and implausible spatial relationships in Morandi’s paintings are part of the reason his name comes up so often in conjunction with Philip Guston’s. The dialogue between the two is felt most palpably in Guston’s acclaimed Roma series, produced during his six months as an artist-in-residence at the American Academy in Rome in 1970–71.

“…It takes me weeks to make up my mind which group of bottles will go well with a particular coloured tablecloth. Then it takes me weeks of thinking about the bottles themselves, and yet often I still go wrong with the spaces. Perhaps I work too fast?”

The strange and slow process by which Morandi assembled his composition is so complex that he rarely produced more than ten paintings a year. Albers is another artist known for his decades-long elaborations of a singular motif: from 1950 onwards, he employed his nested square format to experiment with endless chromatic combinations and perceptual effects according to a principle of “modified repetition” as he termed it. “As evidenced by this presentation, both Albers’s and Morandi’s works can be seen not as isolated aesthetic statements, but rather as careful daily acts of duration and devotion” (TEFAF New York Spring (exhibition catalogue), David Zwirner, New York, 2018, n.p.).

“We put on a Morandi show at Ferus. We were trying to explain to some people what a so-called abstract painting was about, and what Abstract Expressionism was all about. The best example in the world was Giorgio Morandi. Morandi, in my opinion, was the only genuine European Abstract Expressionist. When you look at the work, you think he’s painting bottles, little still-life paintings, but they weren’t. Morandi came in the back door. It was almost a Zen activity. He painted the same bottles over and over and over, so it wasn’t really about bottles anymore. If he was a still-life painter, he wouldn’t have painted the same bottles over and over. They’re about painting—the figure-ground relationship, structure and organization. Morandi’s were paintings in the purest sense of the word. They were like a mantra, repeated over and over until it was divorced from words and became pure sounds.”

An admirer of Morandi, Fellini incorporated a still life of his into La Dolce Vita (1960) precisely to indicate the sophistication and class of his intellectual protagonist, and there is no question that Morandi’s work does benefit from the patient scrutiny that a viewer might be prepared to devote to rigorous analysis of an Old Master. As the commentator in Giorgio Morandi’s Dust puts it: “The public of a Morandi exhibition is divided into two kinds: those who pass by and think it’s always the same thing, the same bottles, etc; and those who stop, approach the paintings, stare, make two steps back, performing the same attitude that you have facing an antique painting” (quoted in Giorgio Morandi's Dust (film), directed by Mario Chemello, Bologna, 2012, https://www.youtube.com/watch?v=6PJJSJQp7KQ&t=3s). Few other twentieth-century artists can lay a better claim to be the bridge between the classical age and the modern.

A trailer for the 2011 documentary Giorgio Morandi’s Dust . 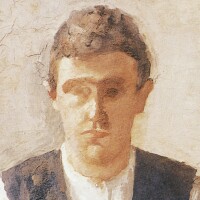 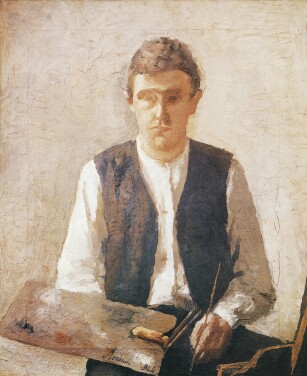