By the late 1950s, Soto had reached a personal and original language, one influenced by music’s relational structure, its codification of sound and temporality. Having surpassed the confines of Neo-Plasticism set forth by Mondrian, precepts he had originally conceded as the only valid point of inception for significant and historical painting, Soto established a fractured relationship with space permanently activating energy through matter.

Disappearing against a dizzying background of finely executed linearity, the energetic dynamism of the seemingly violently placed metal scraps in the foreground successfully dissolves El Juego de la Luz (The Play of Light) into an optical effect. Deeply entrenched in the Kinetic mandate, it is a consummate example of visual dynamism and a triumph of dematerialization. “A keyword regarding his work, dematerialization—the shattering or dissolution of objects subjected to optical vibration—is, to Soto, proof of the transformation of matter into energy. It is dematerialization that led the artist to his Vibrations series, in which the mutual interaction between material elements and stripes placed in the background effects the transubstantiation of these elements’ original qualities.” (Guy Brett and Jesús Rafael Soto, “Dialogue: J.R. Soto and Guy Brett,” in Signals I, London November 1965, p. 13.)

Heralded as a defining figure of the Latin American avant-garde, Soto’s lifelong experimental practice is appropriately described by critic Pierre Restany as an “adventure of the real.” (Pierre Restany, Les Nouveaux Realistes, Paris, 1968, p. 204). While not officially aligned with any specific group, Soto was most notably involved with two distinct and formidable art movements: the Nouveaux Réalistes (New Realists), in Paris led by his friend Yves Klein and the Düsseldorf-based Group Zero founded by Heinz Mack and Otto Piene. Addressing the possibility of a new and transcendental beginning directed by a revolutionary and unanimous exploration of recyclable materials whose elemental [and real] function was equally reimagined; both groups realigned the role of creativity and destruction as parallel equations.

“This is the sense in which I understand ‘immaterial’—a whole world of new meaning and possibility revealed by the combination of simple, neutral elements. Coming from the material, it has existence, freedom, purity, and precision.”

Exploring ideas shared by Klein and the Nouveaux Réalistes , Soto sought to engage a broader audience through an art steeped in daily life. In collapsing the boundaries that had previously distinguished painting from sculpture, Soto’s work of this period effectively challenges pictorial language and opposes the dramatic poly-chromatism of American Abstract Expressionism and its cult of the painterly gesture. Emphasizing the intellectual proximity between his work and those of the Zero Group, Soto participated in numerous exhibitions beginning in 1958 with Klein, Tinguely, Spoerri, and other members of the Dusseldorf-based group: Otto Piene, Günther Uecker, and Heinz Mack. Seminal works such a El Juego de la Luz (The Play of Light) reflect Soto’s engagement with the everyday, incorporating found objects, consumer goods, and salvaged industrial materials—in Soto’s words, “[to] bring them to a state of disintegration through pure vibration.

In 1960, Venezuelan filmmaker Angel Hurtado together with art critic Clara Diament de Sujo made a short film describing the various stages involved in Soto’s art making process. Following is a transcript of this innovative film.

"The artist begins by randomly collecting scrap / thrown out as rubbish / useless / that must be used to make a mural. There is no preconceived plan...things will develop under their own impetus and dictate their demands…The rest of the panel is finished and left aside. Soto now begins to compose a mesh of wires / a sort of tangle of knots and sharp points. He uses a factory as his workshop, and if he does not use brushes or pencils it is because it is more appropriate to use a power saw/ a mallet/ a file/ a drill/ a hammer/ pliers / a welder and even an electric one / if not an anvil and a crucible. Flames / sparks / re begin to attack the wire so that it can be twisted / broken and joined until it forms a whole in accordance with the secret plan scarcely formed in Soto’s imagination...Now he applies himself to painting lines, which are to be used as the background. A slow process, painting lines, always more identical lines / furrows of white paint...All the different parts are starting to come together / the work begins to assume its final unity. The whole thing is imbued with vibration, and the drama of forces in motion can begin." (Clara Diament de Sujo, May 1962).

Two years later, Soto would acknowledge that "with all this experience I had gained over the previous years, I came back once again to the organization and rigorous distribution of plastic elements. I retained the system of superimposition and the metallic structures, but only as the basis for a single preoccupation: the quest for pure vibration, the transformation of material elements into light, the breaking down of rigid matter into elastic matter . . . Pure vibration appeared as a relationship between thousands of other unknowns.

Important Examples from the Vibración series in Major Institutions

ZERO – Let us explore the stars from ARTtube on Vimeo. 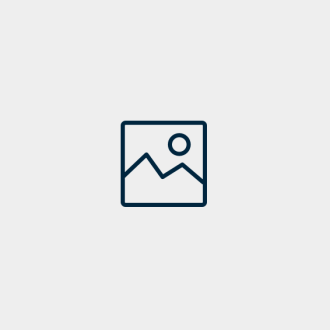