Jean Dubuffet Pushes Past the Canon of Art History

“In the paintings I now plan to do there will only be aggressively unreasonable forms, colors gaudy without reason, a theater of irrealities, an outrageous attempt against everything existing, the way wide open for the most outlandish inventions”

1961 marked the beginning of a new cycle for Dubuffet. In February of that year he arrived in Paris from Vence, where he had spent the last six years, having sought respite from the scarred and battered atmosphere of the post-war French capital. Upon his return, he found a city entirely different from the one he had left in 1955; Paris had cast off the post-war gloom, and was teeming with people, energy and color. He left behind his obsession with the ground, austerity and melancholy and moved instead towards theatricality, joie de vivre and the frenetic. As Max Loreau notes, Dubuffet had “shed his ground-worshipper tunic. The period of austerity is over. His ‘matériologue’ side sleeps; make way for the playful and theatrical Janus, the dancer and shouter” (Max Loreau, Catalogue des travaux, Fascicule XIX, Paris-Circus, Paris 1965, p. 7). After years of abstraction, Dubuffet returned to figuration during his short and brilliant Paris Circus series, renowned today as the pinnacle of his career. Dating from the inception of the series, Le Messager is testament to Dubuffet’s incredible ability to create in all genres without ever losing intensity or conceding to the banal. With its jubilant palette, unique vigor, and exceptional scale, the present work epitomizes the very best of Dubuffet’s practice and hums with extraordinary dynamism.

In his Paris Circus, Dubuffet moves away from the somber colors and heavy textures of his Matériologies (1959-1961), instead using the bustling city, its décor, streets, storefronts, signs and inhabitants as his new terrain. At the genesis of this delirious microcosm, overflowing with shapes and polychromy, is the cycle Légendes, the most important and accomplished of the series. Le Messager is one of the cellular figurative compositions of this cycle, a superb and heavily worked example that paved the way for Hourloupe (1962-1964). The work is an electrifying painterly tableau, alive with color, rhythm and the textures of cosmopolitan life. Two anonymous civilians populate the canvas. Reminiscent of the “haute pate” technique which Dubuffet first developed in the mid-40s by layering paint with mixed media and creating a mesmerizing terrain into which he scraped and scratched the images, the electric-colored, frenzied figures gradually erode the relationship with the ground. These two human forms vibrate against the backdrop of walnut impasto, in which layers of black paint pull away to reveal their polychrome palette. Dubuffet thus conjures the vitality of the city through these figures while retaining the heavy texture of his Texturologies and Matériologies

Charting Dubuffet in the Early 1960s: from ‘Paris Circus’ to ‘L’Hourloupe’ 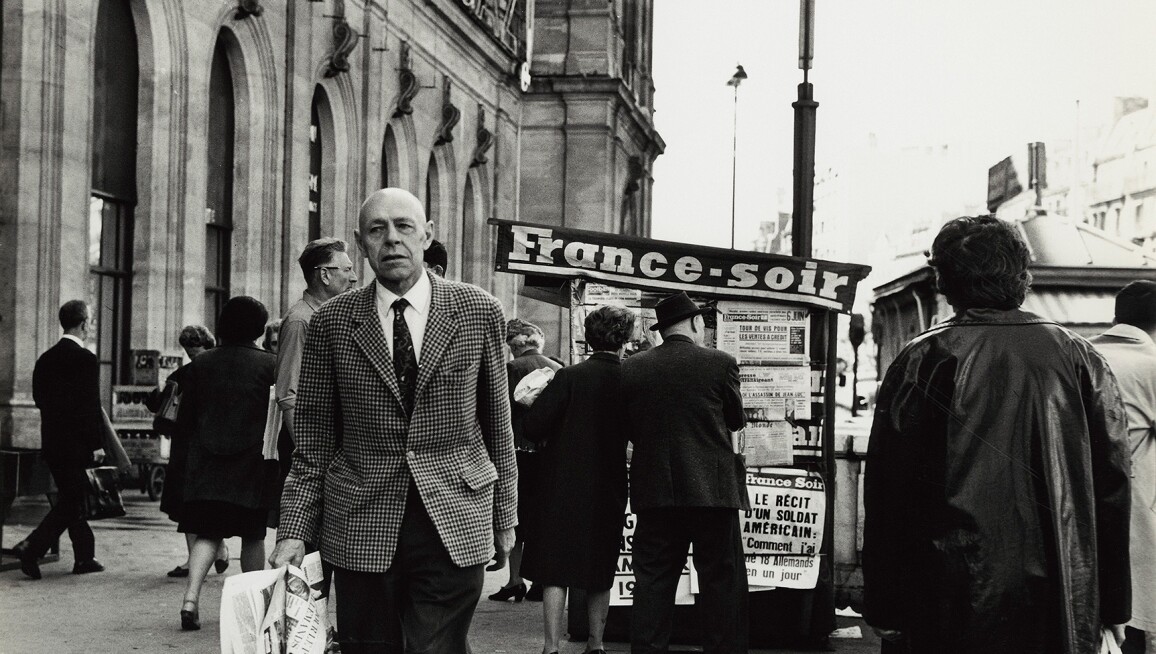 Le Messager is fully charged with psychological and emotional expression. Indeed, Dubuffet masterfully creates tension between the two figures through a flattened perspectival plane and compressed distance. The immediate force and vigor of the composition is palpable. Who is the messenger and what message is he delivering? The figures pulsate under Dubuffet’s heavy impasto and agitated line, as though moving through the bustling avenues of Paris. Through his spontaneous and jubilant palette of colors, Dubuffet animates the forms, imbuing the image with raw and tactile presence. The result is a sensory overload of joyful colors and shapes, of movement and frenzy.

Le Messager is further distinguished by its exceptional provenance. Before donating the work to the Brooklyn Museum, Richard and Dorothy Rodgers acquired it from the celebrated gallery of the collector and art dealer Daniel Cordier, where it was exhibited in the first Paris Circus exhibition in 1962 in Paris. Immediately identifiable as a Légende by its colors, spontaneity and bursting vibrancy, Le Messager presents one of the most accomplished personnages from the esteemed and consequential series Paris Circus. Works from this exceptional cycle in Dubuffet’s oeuvre are currently held in some of the most prestigious public and private collections in the world, such as the Museum of Modern Art in New York, the Musée d’Art Moderne in Paris, and the National Gallery of Art in Washington. In this supreme painting, we bear witness to Dubuffet’s masterful handling of paint application and structural composition, in the vernacular of his most celebrated and iconic series of works. 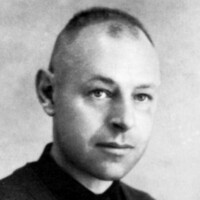 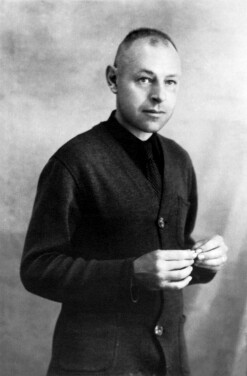