In 1883, Pierre-Auguste Renoir painted three full-scale works on the theme of the dance, which count today among his most famous compositions. Commissioned the previous year by Paul Durand-Ruel, the paintings depict an elegant couple in a variety of formal and informal settings, which when viewed side-by-side produce the effect of a dance in motion, the pair having completed a full turn. The female figure in the first two works is Aline Charigot, a frequent model for Renoir whom he would marry in 1890; the male is his friend Paul Lhôte. Both feature in his earlier masterpiece, Le Déjeuner des canotiers.

The series reflects the change in Renoir's technique in the early 1880s, notably a keener attention to drawing, which becomes more precise at this juncture and recalls the draughtsmanship of Chardin and Ingres. This shift has been attributed in part to his trip to Italy in 1881, where he was impressed by the grandeur and simplicity of Raphael and other Old Masters. The present study reflects the classical linear style that he adopted after this important period of travel.

The present study for Danse à la campagne includes incidental elements which are found in the final composition, such as ruffled tablecloth and the spoon balanced in the teacup, which imply a degree of spontaneity to the dancing, to the surprising figure sketched in lower left, which suggests a setting that is informal but semi-public rather than secluded; only the hat in the lower right is missing. It also displays the same lightness of touch that defines the oil painting, with the facial features of Aline Charigot beautifully expressive and finished. 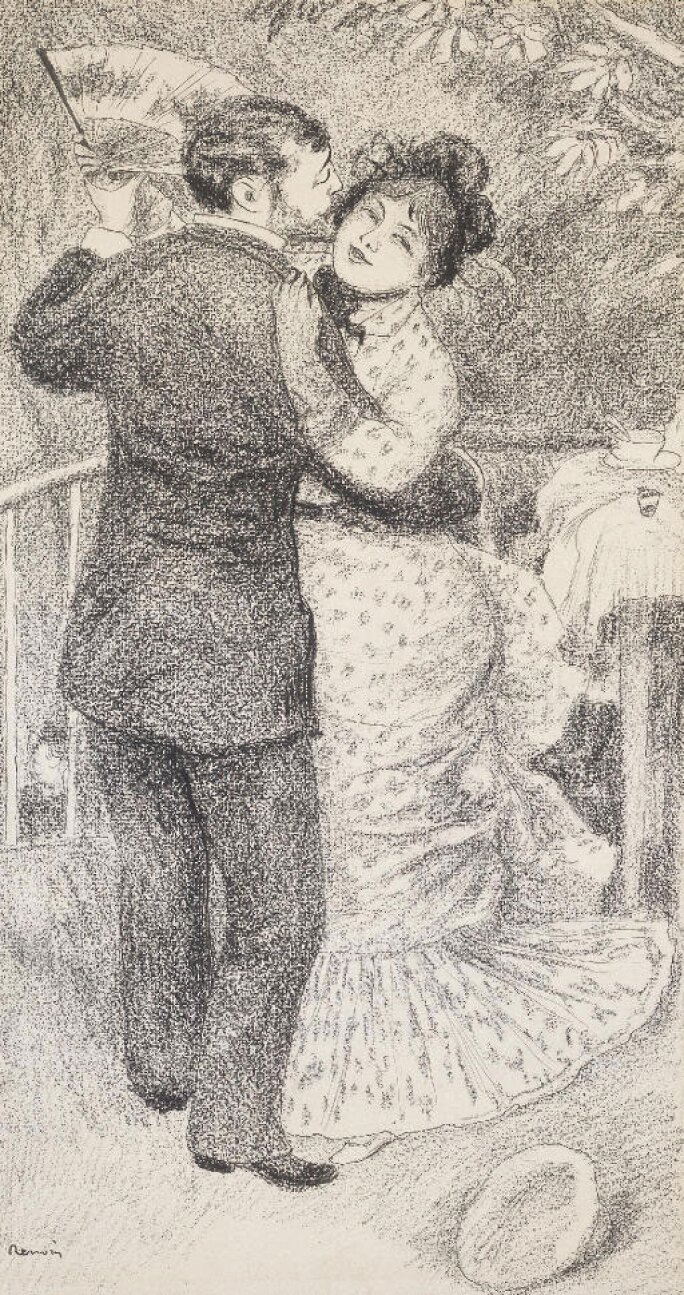 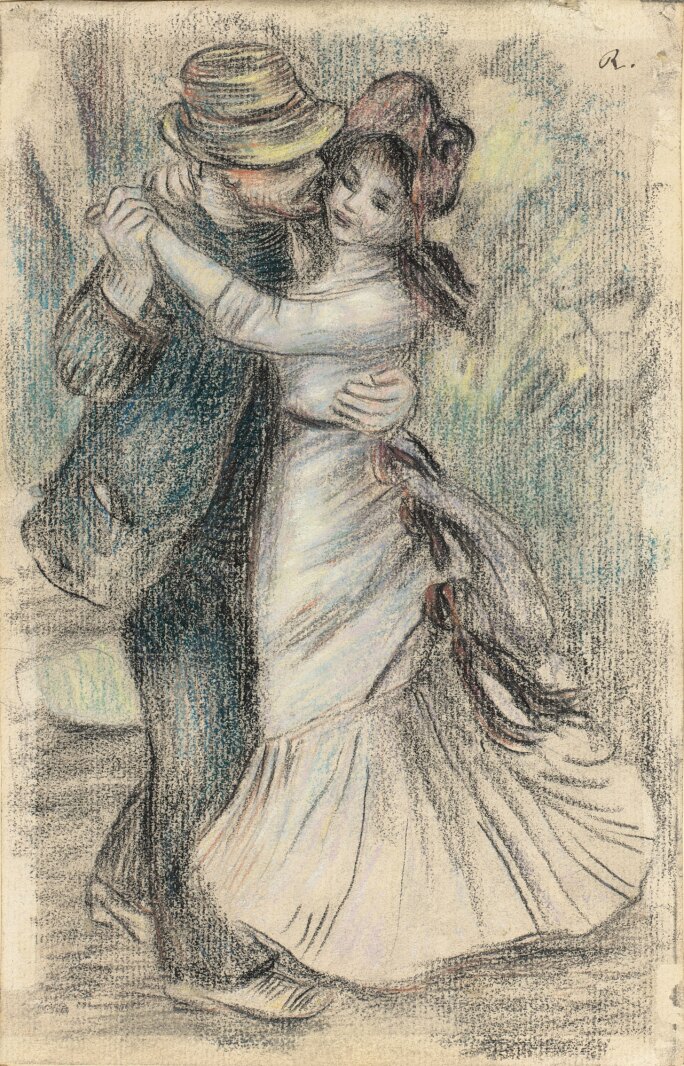 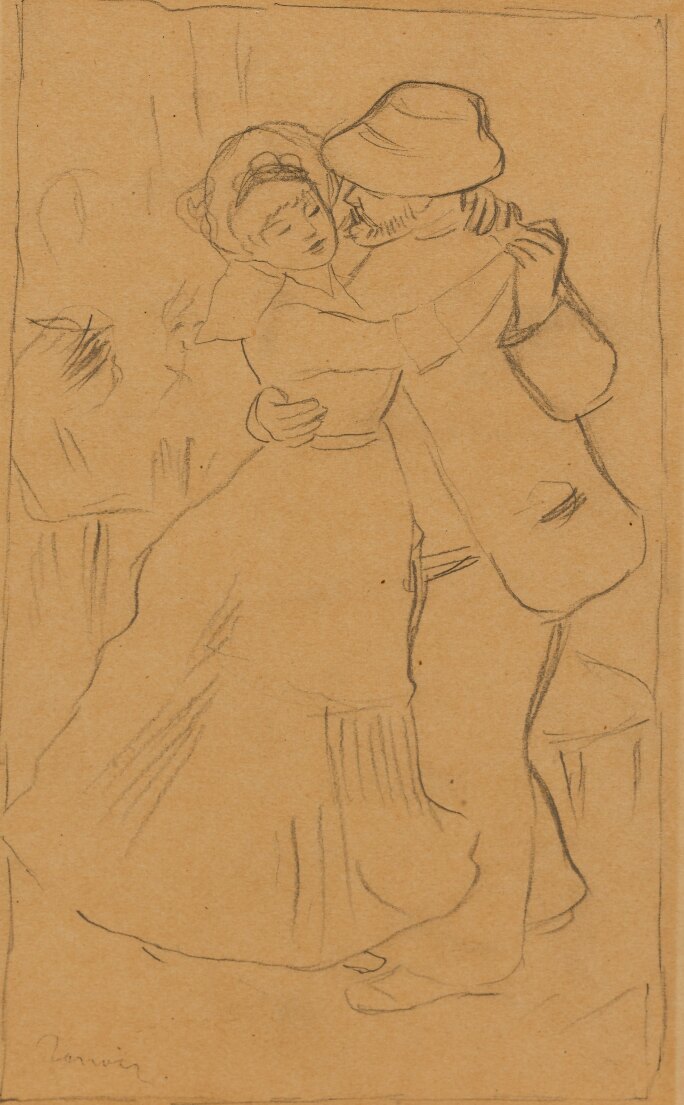 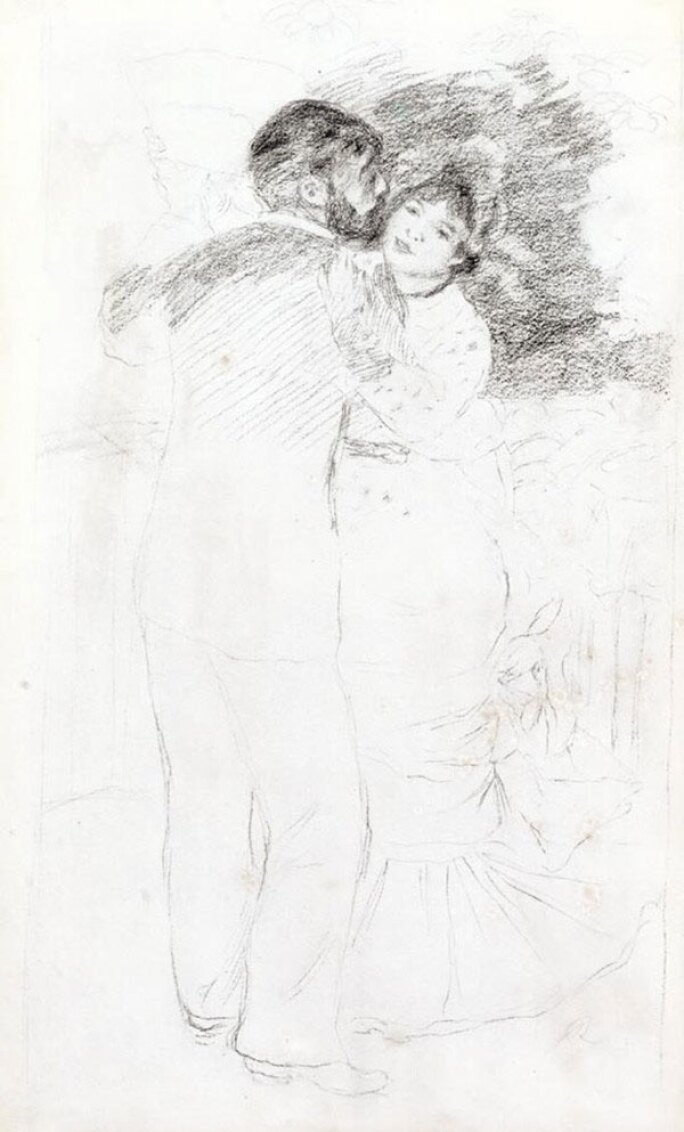