“How much I’d like to have you here, what pleasant days we spent together in The Hague. I still think so often of our walk on Rijswijkseweg, where we drank milk at the mill after the rain.… That Rijswijkseweg holds memories for me which are perhaps the most delightful I have.”

- Van Gogh to his brother Theo

Executed during the summer of 1882, The “Laakmolen” near The Hague is a charming composition from van Gogh’s formative time in The Hague. With soft neutral tones balanced against vibrant greens, the work is one of the artist’s first accomplished forays into color and forms an important stepping-stone in his journey towards working in oil paint.

The subject matter is a Dutch windmill that held sentimental importance for the artist, who had visited it with his younger brother Theo years earlier. Van Gogh continued to attach considerable personal significance to the mill, referencing it frequently in letters to his brother and translating the memory into his work when he moved back to The Hague from his parents’ home in Brabant. This move from Brabant to The Hague proved transformative for the artist. The new surroundings of The Hague allowed van Gogh to draw plentiful inspiration from the agricultural working community he found there. In its depiction of a working mill, and the characters gathered there, The 'Laakmolen' near The Hague resonates with a quiet intimacy through its evocation of nostalgia for the artist’s past, and in its elevation of an everyday scene.

The mill depicted in The 'Laakmolen' near The Hague was a draining-mill constructed in 1699 to drain the Noordpolde; its functionality was maintained until 1938. It exists today as a private residence, yet when painting the present work van Gogh feared its destruction, as a result of the temporary closure of the mill for renovation. On July 19, 1882 van Gogh wrote to Theo: “I long for you so much … I would like to take a walk with you—even though the Rijswijk mill isn’t there any more” (quoted in, Leo Jansen, Hans Luijten & Nienke Bakker, eds., Vincent van Gogh: The Letters: The Hague 1881-1883, London, 2009, vol. II, letter 248, p. 113). It is likely that the present work was executed shortly before this letter with the assumption that, by the time Theo arrived, the mill would no longer exist. This imminent threat of demolition seems to have reignited the artist’s interest, both in the pictorial opportunities afforded by the subject matter, as well as the preservation of a moment in time. In the present work, a small sign bearing the words "Melk te koop" (Milk for sale) is visible to the left of the door, a touching allusion to a warmly remembered moment in the artist’s past.

Prior to the execution of the present work, van Gogh focused primarily on developing his study of the human figure. The year 1882 marked a change in artistic direction when he received a group of commissions from Uncle Cor, an art dealer who requested a series of townscapes. Instead of choosing the city monuments that were traditionally the focus of academic urban paintings, van Gogh instead set out to capture The Hague with a searing honesty. Illuminating the everyday life around his studio at 136 Schenkweg, these pictures portraying the railway station and the rooftops of nearby houses, were met with considerable acclaim (see fig. 1). Instilled with a renewed sense of confidence, van Gogh began to devote himself to the study of landscapes and enhance his draughtsmanship, paving the way for the introduction of color and more advanced rendering of depth present in The 'Laakmolen' near The Hague.

Van Gogh took subjects favored by the Dutch masters (see fig. 3) and reinvented them with an avant-garde altering of perspective, reflective of the desire shown by modern painters at the time to carve a new path for painterly representation. Monet had daringly altered viewpoint of a windmill at Zaandam, presumably from a studio boat, in 1871 (see fig. 4). In The “Laakmolen” near The Hague, van Gogh takes his rendering a step further, employing a contemporary, and almost photographic, compositional cropping. The mill is set slightly off-center and rises out of view. The composition is divided in two by a wooden fence that snakes across the picture, complementing the octagonal body of the mill. Van Gogh has used a ruler to capture this fence, as evidenced in the visible under-drawing. This method is discernible in several works from this period, testifying to his meticulous study of depth. Slouching near the entrance to the mill, a group of figures are loosely rendered, evoking the sleepy local community.

Enthusiastic about the artistic opportunities afforded by watercolor, van Gogh quickly learnt how to exploit its potential: “How marvellous watercolor is for expressing space and airiness, allowing the figure to be part of the atmosphere and life to enter it” (quoted in L. Jansen, H. Luijten, N. Bakker, eds., op. cit., vol. I, letter 168, p. 274). In the rich layering of mediums seen in the present work, it is possible to see the artist’s growing confidence in his craft. Flowers are captured as a smattering of color in the foreground, and the artist has used the end of his brush to incise blades of grass into wet paint. In this respect, The “Laakmolen” near The Hague is an excellent example of how van Gogh was already forging his own style, freeing himself from the restraints of the previous generation. In the artist’s delicate handling of color and the complex compositional arrangement of the work, The “Laakmolen” near The Hague is testament to a unique artistic vision. As the artist wrote: “Do you think we could agree that while you’re here we’ll spend the time together that’s left after your business and visits and then do our best, on both sides, to be in the same sort of mood as in the past at the Rijswijk mill? As for me, old chap—although the mill has gone and with it the years and past of my youth, just as irrevocably—what has reawakened deep inside me is the belief that there’s something good and that it’s worthwhile making an effort and doing one’s best to take life seriously” (Van Gogh in a letter to Theo on 23rd July 1882, quoted in L. Jansen, H. Luijten & N. Bakker, ibid., letter, 250, p.115). 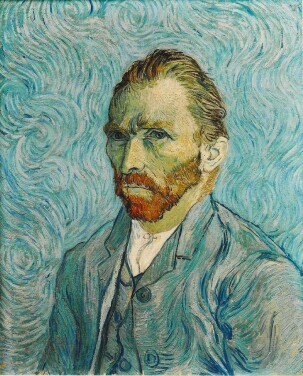